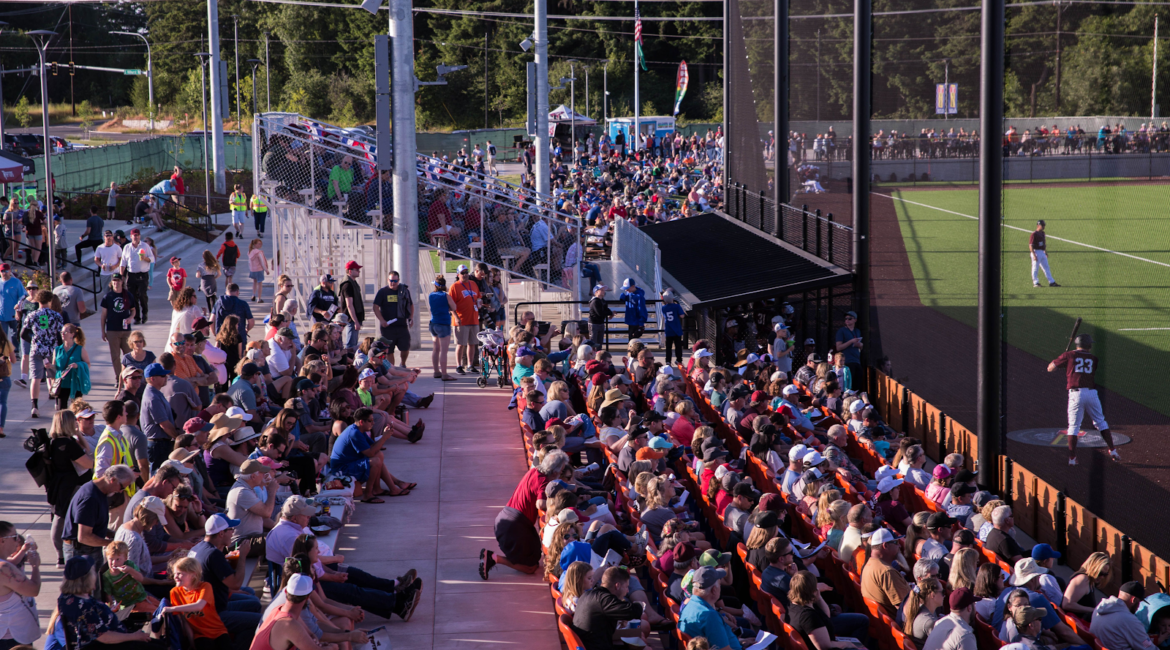 Josh Worden, Voice of the Raptors

The times- they are a-changin’.

Bob Dylan first crooned these words in the early ’60s, and I believe he was referring to the West Coast League and the upcoming Summer of 2022. Ok ok, the WCL was still about 40 years from its inception, but the best artists tell of what’s to come, right? And yes, the WCL is changing.

The Canadian teams are coming back this Summer, with three more teams north of the border joining the league. It’s not all about the north either- the Springfield Drifters make their debut.

Also, the WCL playoffs will expand to eight teams, meaning half the league will get a chance at postseason baseball. I like the opportunity that brings, but I’m also glad this past summer was limited to four clubs getting into the playoffs. It means even more that the Raptors got into the playoffs when the window was smaller.

This brings me to today’s “Favorite Memory of the 2021 season.” There are really about 20 memories all tied for first, and this is merely one of those 20. But really, this was is the best of all the ones tied for first (and so is every other one).

June 10, 2021. The Raptors hosting the nefarious Portland Pickles (is that harsh to call them nefarious? I stand by it). The Raptors were the only team to start the season 4-0, but had finally lost a game the night before, 5-4, to the aforementioned salty cucumbers from south of the border. So this game on June 10 meant Ridgefield could go from top of the league to suddenly having lost a series to a division rival.

And that’s exactly what happened. I mean, basically. If baseball games were decided after two innings. Portland was walloping Ridgefield, leading 7-0 after two frames, adding a couple more runs later in the game. The Raptors didn’t give up and kept it somewhat close, but still trailed by four runs in the 9th inning.
Then there were two outs in the 9th, still a 9-5 score. John Peck, the Pepperdine phenom, cleared the bases with a double, and scored on the next pitch when Coby Morales singled him home. And just like that, ball game tied. It took four more innings to finish the job, when John Peck doubled again, his third of the game, to score Reece Hernandez. Ball game. The Raps win!

As it turned out, Ridgefield ended the regular season tied with Portland and got into the playoffs via a tiebreaker, meaning Ridgefield would not have made the postseason without this victory.

The Raptors may have gotten swept in the playoffs by Corvallis, but don’t worry. Let’s close with some Bob Dylan lyrics, when he also prophesied about Ridgefield’s chances against Corvallis going forward:
“And don’t speak too soon
For the wheel’s still in spin
And there’s no tellin’ who
That it’s namin’
For the loser now
Will be later to win
For the times they are a-changin’.”
On behalf of Bob Dylan and all other Raptors fans, see you at the RORC in 2022! Go Raps.
share