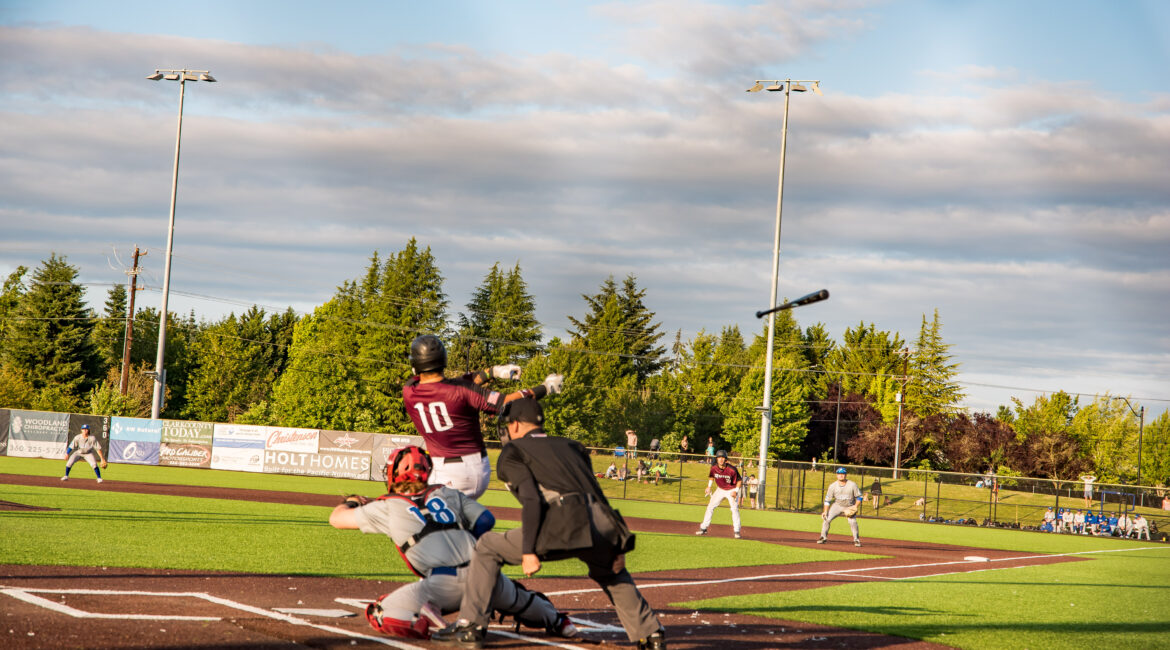 The Ridgefield Raptors head to central Oregon to begin a week full of road games. The Raptors play at Vince Genna Stadium to take on the Bend Elks for three games, each of which is at 6:35, followed by a weekend series in Cowlitz.

Last year, Ridgefield and Bend ended up tied in the standings at 26-22, along with Portland. Ridgefield won the three-team tiebreaker thanks to a perfect record against the Elks in two league series.

Ridgefield also played a non-league series against the Elks last year, sweeping that series, so the Raptors went 9-0 against the Elks in 2021.
Plus, Ridgefield swept the final series of 2019 against Bend and won two of three games in the first ever series between the two teams, so Ridgefield is 14-1 all-time against Bend, and on a 13-game winning streak.

The Elks are good this year just like last year, sitting in the top four in the Southern Division along with Ridgefield. The top four teams get into the postseason, so this is a possible playoff matchup.

Ridgefield will also host the Elks on July 26-28, the next home games for Ridgefield in league play. The Raptors also have a non-league home game next Monday against the Redmond Dudes.

Tune in to the road games this week at RidgefieldRaptors.com and click “listen live.”