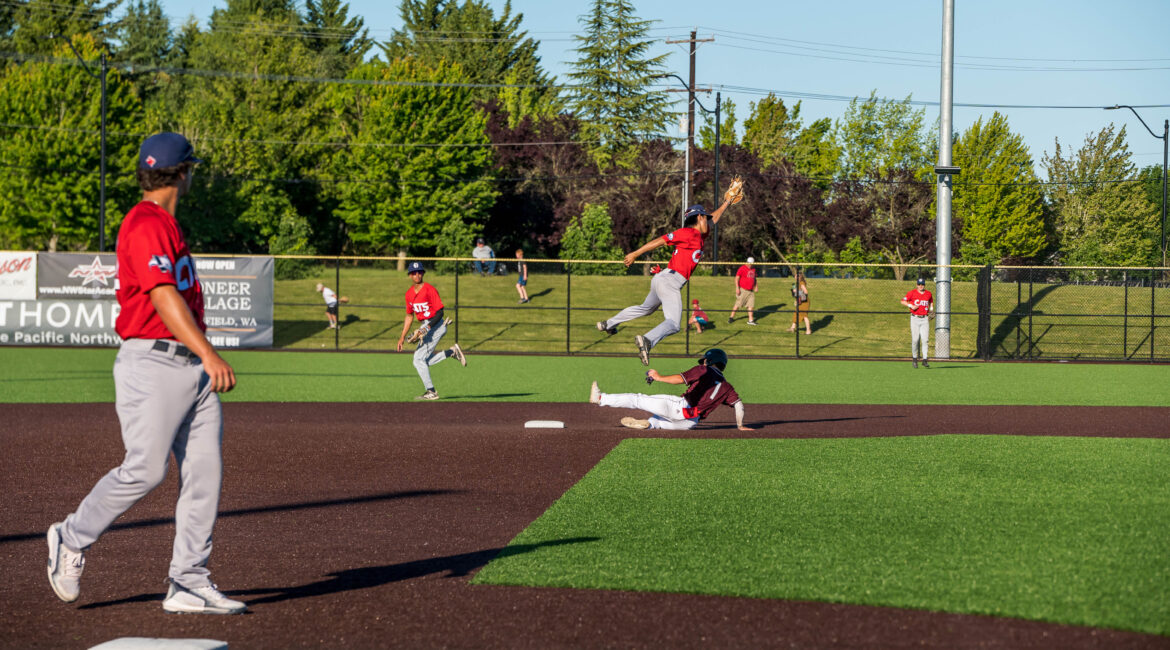 Just four days after completing a series in Portland, the Ridgefield Raptors now host the Portland Pickles for a midweek series at the Ridgefield Outdoor Recreation Complex.
All three games, Tuesday through Thursday, are at 6:35 p.m. and will have a live video stream at RidgefieldRaptos.com, where tickets can also be found.
Ridgefield won the first series against the Pickles, taking the first two games in exciting fashion.
The opener on Tuesday was a pitcher’s duel, with Ridgefield finally breaking the scoreless tie in the 5th inning. The Raptors kept up the pitching effort, combining for a shutout. It was the first shutout of the year for Ridgefield and third in Raptors history.
Game Two came down to the wire, as the Raptors took a lead in the top of the first inning and did not relinquish it until there were two outs in the bottom of the 9th. Despite the Pickles coming back to tie, Ridgefield came back to score the game winning run in the 10th inning.
The last three series between the Raptors have included at least one walk off or extra inning game.
The Wednesday game will be extra fun with the Dash For Cash, presented by iQ Credit Union. Kids 6-12 years old can participate in the fun, with $1,000 up for grabs.
On Thursday, a special Jersey auction will honor our local First Responders. Proceeds will go towards Kindness 911, presented by FDM Development.