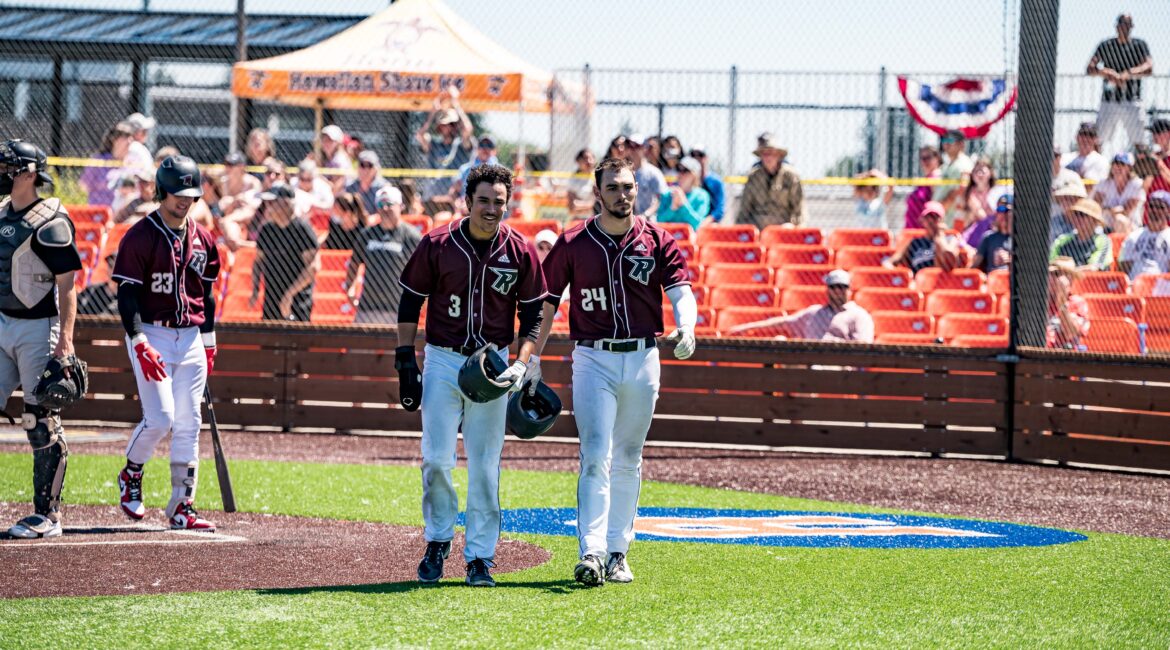 The Ridgefield Raptors are back at home for round two against the Yakima Valley Pippins, who come to Ridgefield for a three game series starting Tuesday at 6:35 p.m.

At 8-4, Raptors are currently tied for first in the West Coast League South Division and the Pippins are in first place in the North Division. All three games start at 6:35 at the Ridgefield Outdoor Recreation Complex. Tickets are available as well as the live audio and video stream at RidgefieldRaptors.com.

Temperatures are expected to be in the 70s at first pitch for each game this series. The Raptors had their best crowd of the season this weekend during a non-league game against the NW Star Nighthawks, when 953 fans came to the ballpark.

Yakima Valley hosted Ridgefield earlier this month and dealt the Raptors their first series sweep of the season. Three of the Raptors’ four losses this year came against the Pippins, and now Ridgefield has a chance to redeem themselves at home.

The Raptors’ last WCL series was in Bend last week, when Ridgefield won all three games against the Elks. The Raptors scored 25 runs in the series, keeping a hold of the league lead in runs scored as well as most other offensive categories, including hits, doubles, batting average, and RBIs.

Ridgefield is tied with the Corvallis Knights for first place in the South Division. The team in each division with the best record after 24 games (the halfway point in the season) gets an automatic postseason berth.