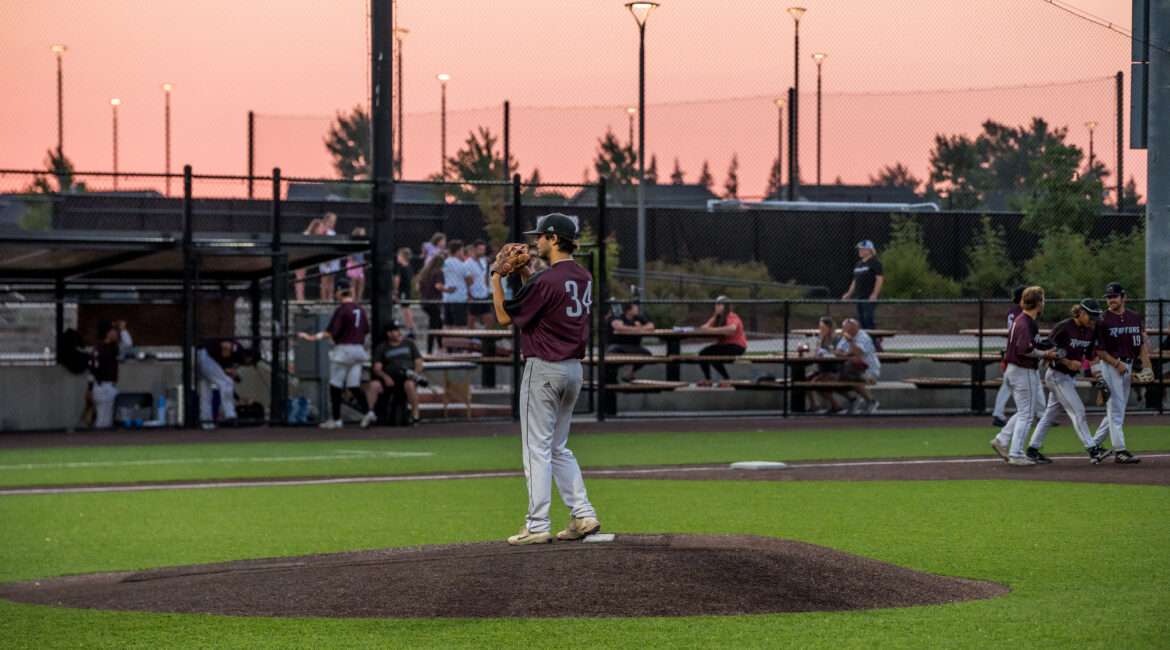 The Ridgefield Raptors rematch with the Springfield Drifters this weekend for the first series ever for Ridgefield down at Hamlin Sports Complex.
The Drifters, a new team to the West Coast League, have already traveled up to Ridgefield this summer, with the Raptors winning two of three games in the July 15-17 series. It was a close series, with the Raptors outscoring Springfield 11-8 across the three games.
The Raptors also finish out a three-game series against the Bend Elks tonight at home before taking to the road Friday morning. Tonight’s game is at 6:35 p.m. at the RORC, as are the Friday and Saturday games in Springfield, before a 1:05 Sunday game. Then, the Raptors have just one week left in the regular season, with a series next week against Walla Walla and a series versus Corvallis.
Ridgefield is one half game ahead of Bend in the standings, in third place and Bend in fourth. Four teams make the playoffs, but if Yakima Valley (currently in 5th) ends up with the best record in the second half, the Pippins would get into the playoffs even if they don’t have a top-four record from the whole summer. Yakima Valley is currently one game back of Corvallis for the second half title.
So, it’s possible the fourth place team gets bumped out and misses the playoffs, if a team from outside the top four wins the second half. The winner of tonight’s game behind Ridgefield and Bend will be in third place, and the loser in fourth.
Then the series in Springfield will play a huge role, with three games down the homestretch possibly determining whether Ridgefield makes it back to the playoffs like last year or narrowly misses, like in 2019.
See you at the RORC tonight and on the live stream this weekend in Springfield!