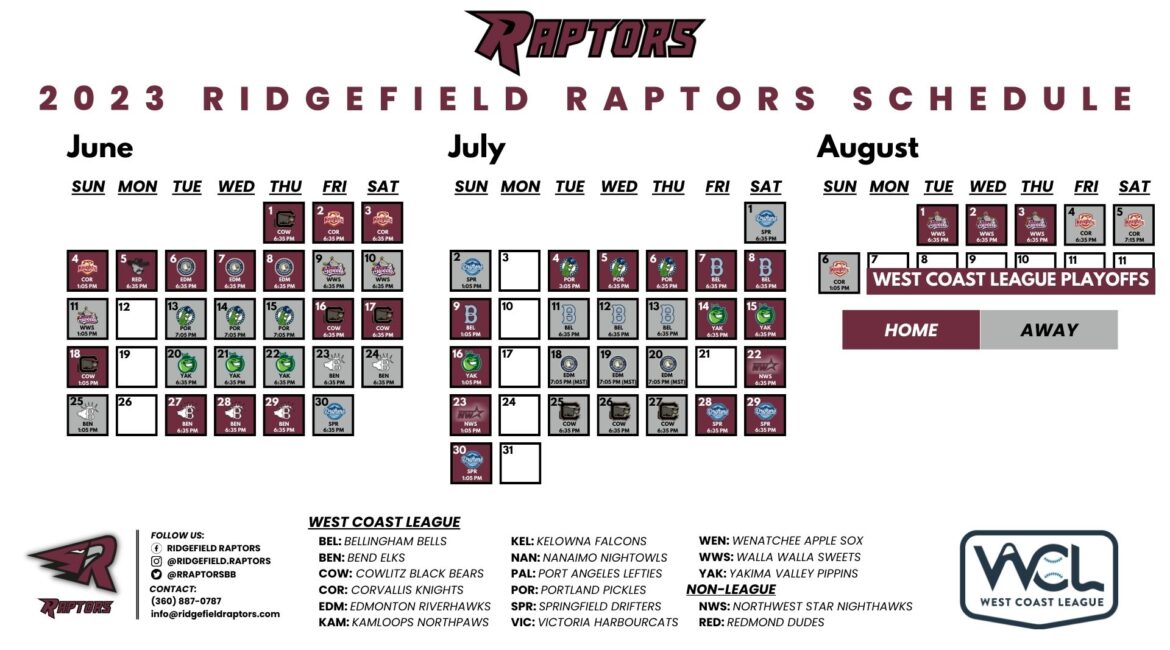 We are excited to announce next years schedule. 2023 will mark the team’s 4th season as a member of the West Coast League. The Ridgefield Raptors will return to the RORC June 1st versus the Cowlitz Black Bears to begin the 2023 season and renew the season long Columbia River Cup Rivalry. This year’s schedule features 31 home games set to be played at the Ridgefield Outdoor Recreation Complex. Additionally, the Raptors begin the year on a 8-game home stand playing at the RORC from June 1st-8th. The Raptors full 2023 schedule can be found here. 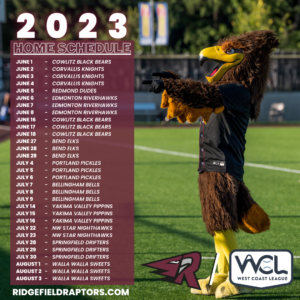